Turbulence: Parenting is not a Smooth Ride 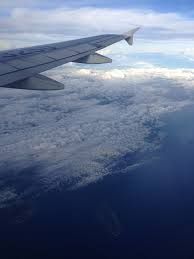 “Please keep your seat belts fastened as we’ve hit a bit of a rough pocket. As soon as we get through this patchiness we’ll turn the fasten seat belt sign off and start our beverage service,” the pilot announced nonchalantly. Oh my God. Of all the times to have this happen on a flight. First of all, I wasn’t sitting next to my husband. He was in the same row but we were both in window seats at the opposite ends. Second of all, we had left my 11-year-old son behind with friends as we embarked on a long couples weekend in Florida with my husband’s partner and his wife. I’m not usually afraid of flying, but I became instantly filled with anxiety and “what if” scenarios.

My imagination ran rampant. So if the plane goes down, my son Max would be parentless….I would never see that sweet little face again. He would be left with my sister-in-law, a person who parents much differently than I do. He would still be in the same school district, but perhaps go to a different school. His life as he has known it would be forever changed. We would miss his Bar Mitzvah. How would he survive without us? He would be permanently scarred. It would be a tragedy of such epic proportions that he might never recover from it. Why hadn’t we flown separately or not gone away at all? I chastised myself about how selfish I was to leave him behind.

He really didn’t want us to go without him. He never does. From the time that he was just a little baby, until now, my husband and I take one vacation a year without him; usually an annual conference that my husband is required to attend. It was a conscious decision that we made to keep our marriage strong. Give us some couple’s time together to remember why we fell in love with each other in the first place. The best thing you can give your children is a loving and secure marriage. Right?

In the beginning, when Max was younger, it was easier to leave him. Sure we missed him and he us, but we came back renewed and refreshed, better able to meet the demands of a toddler. In the past couple of years as Max grew older and could express himself more directly, he vehemently voiced his objections to our going away without him. So much so, that we actually took him with us on a conference one year. He hated the kids’ camp. We tried to tell him that this was a “Mom and Dad” vacation, unlike the family ones we’ve taken to Disney and Universal, etc. But trying to pretend he was not there was all but impossible. My husband and I went to a romantic dinner and put Max in the camp. Upon finishing we went to check on him surreptitiously, but his sad little eyes met ours. We promised if he stayed in camp for just 15 more minutes, we would get him ice cream. Then we ran up to our room for some “adult time” as we shed our clothes at record breaking speed. Our son was unfortunately a very good little time keeper who held usto our word. It was like playing a game of Beat the Clock.

Then there was last year when we were headed to Hilton Head, from Wednesday to Sunday over Memorial Day weekend. Electronic devices enabled us to actually FaceTime him. He could see us while talking to us and we him. What a concept! Our plane was leaving early Thursday morning so he had to sleep and our/his friend’s house Wednesday night. The texts started coming around 11pm. He couldn’t fall asleep. Why did we have to go away and leave him? Didn’t we care about him? They continued until about 1 am when I told my husband that I just couldn’t go. My son needed me. He was in distress. My husband lay in my son’s room and did FaceTime with him till 2 am. Then he finally told him he was on his own. Our flight was leaving @ 6 am and he needed to get some sleep. It was a tough decision, but we went. We did rearrange our flight to come home early on Sunday though.

Upon our return, it was if my son had grown 2 inches. I was so happy to see him. We met the other family at a local restaurant for dinner, as was customary when we returned. When we finally got home and through the door, my son asked if it was okay to go into the basement to play video games.

“I thought you missed us and would like to spend some time together.”

“Well, I actually missed my routine more. Sleeping in my own bed. My cats. My schedule of doing things.”

After all, he was an only child and used to having things a certain way: His! In going away without him, weren’t we teaching him a valuable lesson in flexibility? Frustration tolerance?

This year we arranged to take him with us to a conference which happens to fall on our fifteenth wedding anniversary. At the time, it like it was too much for us to leave him again. But then when our friends asked us to accompany them on an impromptu trip to their Florida house sans kids, I jumped on it anxious to get away with my husband to somewhere warm. But my husband didn’t want to leave Max. I resentfully told him that he was a husband as well as a father and that I needed some attention from him too.

As the plane continued on its rocky journey, drink service was postponed. The woman next to me assured me that this sort of thing happens all the time on a plane and that the pilots were equipped to deal with it. Turbulence was a normal occurrence on a flight. Turbulence, I thought to myself, is also a normal occurrence in parenting. Although the pilots in parenting aren’t always equipped to deal with the unpredictable conditions. It 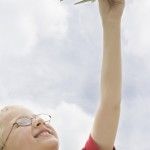 goes smoothly only some of the time. Making the right decisions for your family seems to be just as prevalent as making the wrong ones. Knowing when to compromise on some issues, and stick to your guns on others, is a learning experience. Every day there’s some patchiness to get through. The plane doesn’t always fly smoothly.

As the plane landed safely at roughly 10 pm, I thanked God profusely. I missed my son. On the way home from the airport our son texted us to find out where we were. We told him that even though it was a school night, we were picking him up. My friend reluctantly acquiesced. I was never so happy to be reunited with him in my life. He was elated to see us as well! He was exceptionally nice to me until Monday morning came and life returned to normal. The white bread had gotten moldy. I forgot to put it in the freezer before we left.

“Mom, you can’t even pack me my peanut butter sandwich. I guess that makes 3 days in a row that I’ll have to buy… You also never signed my reading Olympics form. All the other kids turned theirs in already.”

“Max, I’m doing the best I can. I’ll pack you a turkey sandwich instead.”

“I’ll drive you to school today.”

“Mom, why can’t you just get it together like all the other moms?”

“If you’d rather live with one of them, be my guest. But right now you’re stuck with me. I’m doing the best I can.”

Ahh, how quickly the Turbulence had returned.

This entry was posted in Judy-isms. Bookmark the permalink.

3 Responses to Turbulence: Parenting is not a Smooth Ride