LIBRARY OF ARTICLES::
Kids and Technology:

Is Viewing the Same as Doing? What Parents Need to Know About How Screen Time is Affecting the Growing Brains of Their Children

Technology today is such an amazing achievement for mankind. It provides us with an infinite information highway at our fingertips. At the same time, it also provides us with unlimited access to our friends, family, co-workers and anyone else to whom we wish to connect.

As a parent have you ever been concerned when your kids are inside playing video games or watching TV when they could be outside enjoying the fresh air on a sunny afternoon? Or maybe you’re a parent who doesn’t like when your teenager is texting friends under the table at dinner time.

Well, parents, your gut reactions are right on! The over-use of screen devices like TV, video games, cell phones, computers, and iPad’s are being found by researchers to have significant effects on the developing brains of children.

The brain is a very complex structure. Not fully functional at birth, it is designed to grow and mature over years in many different ways. This development occurs mainly through a person’s direct interactions with the world.

Seeing, hearing, tasting, touching, and smelling are the primary ways we experience our world, so if we are not using these five senses, then we are not learning to the best of our brains’ abilities. 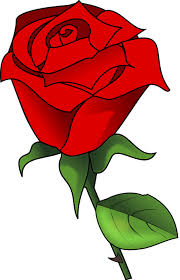 Picture this… you are in a classroom and the teacher shows a picture of a rose and asks the class to come up with as many descriptive words as they can to describe a rose. If you have had previous interactions with a rose, you know that its smell is heavenly, but that there are also thorns on its stem that can hurt you.

Looking at the picture, you may even recall the first time someone gave you a rose, or you heard the sound of bees buzzing around the flower. Whatever it may be that you recall from the visual representation of a rose, it is your first-hand experiences that have taught your brain everything you know about roses; their smell, feel, look, and maybe even taste.

Without your multi-sensory experience with roses previous to seeing the picture of the rose, your brain would not know anything more about a rose except for what you are seeing projected in front of you. Our brain counts on us to provide it with sensory interactions so that we can create the fertile environment in which it can reach its potential. Our brains are like a rose: if we provide it with what it needs, it will grow.

Impact of Overuse of Screen Technology

An updated policy statement from the American Academy of Pediatrics (AAP), “Media Education,” published in the November 2010 print issue of Pediatrics, reflected the dramatic changes in the media scene over the past 10 years.

The increasing availability of media, including access to inappropriate content that is not easily supervised, creates an urgent need for parents to understand the various ways that media use affects children and teens. According to The American Academy of Pediatrics, the overuse of screen technology is defined as “the use of screen devices two-plus hours a day for children over the age of two.”

The AAP also strongly recommends no television viewing or screen exposure for children younger than two years of age. When children at any age are fed a diet mainly of virtual world interactions, they are found to:

Overuse also plays a big role in the quality of children’s health and well-being.

Impact on Thinking and Learning

Brains are “meaning-making machines” that learn through direct interactions with the world. Therefore, it is up to us parents to feed our child’s brain with the experiences that will help it to grow optimally. Just like when we eat too much unhealthy food and our bodies end up feeling bad, our brain is the same way and counts on us to provide it with healthy fuel.

If a child’s growing brain is being fed more than two hours of screen time a day, his brain cannot develop properly.

This can result in:

Impact on Feelings and Behavior

Just like the brain needs to be fed appropriate, sensory experiences to learn things, our social/interpersonal interactions help us learn how to communicate with other people. The best way to do that is by having relationships with other people so that we can practice and grow in our understanding of our own feelings and others’ feelings.

When children and teens are on technology for more than 2 hours a day, researchers have found that they may develop a stimulus addiction and have increased:

Impact on Health and Well-Being

Although a few major studies such as the Kaiser Foundation survey found no correlation between screen time and lack of physical activity, there is a growing concern among professionals.

They see a relationship between screen time and childhood obesity because children are sitting for long periods of time while watching television, playing video games, and using computers. Such seated activities have been shown to be significant factors in increased blood pressure.

Thomas Robison, a professor at Stanford University, has conducted a series of studies showing that too much TV, video, and computer time contributes not only to obesity, but also to aggression.

Apart from the content viewed, the process of being sedentary does not allow for the physical release necessary to dissipate anxieties and frustrations, resulting in anger and aggressive behaviors.

In 75% of these studies, the research indicated that the more time a child spends with screens and media, the more likely he is to be impacted with negative health outcomes.

“Our kids are sponges, and we really need to remember they learn from their environments,” said Cary P. Gross, a professor at Yale. He also added that researchers found it remarkable how much content mattered. It was not only the sheer number of hours of screen time. Children “pick up character traits and behaviors from those they watch and hear.”

Media Literacy and the Developing Brain

Media Literacy is the ability to use all forms of media well. A media-literate person:

Raising a Media-Literate Child in a Media-Generated World

Just like the print-literate person practices reading words to interpret the message being articulated by an author, a media-literate person needs practice reading images and interpreting the subtle messages and overt claims visual formats convey.

Practicing with our kids the use of analysis, evaluation, and higher level thinking skills while viewing are ways we can start teaching our children how to critique visual messages and understand their intent and intellectual and emotional impact.

We can communicate facts, ideas, and thoughtful opinions about media images to help them better understand production techniques such as camera angles, lighting, cuts, etc. In this way, your child can make conscious, intentional, purposeful, and wise decisions when using any form of screen technology.

In a world that is fast paced and media/technology-generated, it seems like it would be hard for parents to have the time to practice media literacy skills with their children, but the truth is raising a media-literate person is easier and simpler than we may think.

Listed below are some fun activities parents can adapt and use in their own homes with their children or teens. Parents who incorporate media literacy activities that fit best with their own family dynamic have seen their children become more equipped to think critically about visual images at any age and stage of their lives.

Parents can keep track of the dates when a TV or movie version of a book is scheduled to air and encourage their kids to read the book first. Great discussions can result from comparing the original book to the TV/movie version.

Activity #2: Use the TV to expand your children’s interests.

Parents can link TV programs with their child’s interests, activities, and hobbies. A child interested in crafts can watch craft programs for encouragement and ideas; after viewing a wildlife show, take the kids to the zoo and have them recall what they learned about the animals from the TV program. How does the real life experience differ from the show they watched?

This activity incorporates the whole family. The family watches one program together. The TV is then turned off and each person writes a few sentences explaining their opinions about the show. Discuss and compare everyone’s thoughts, and point out to your child how different people will like or dislike the same program. Why are all perspectives valid? Who had the most persuasive view about the show and why?

This activity starts by turning the volume off but leaving the TV picture on. See if your child can guess what is happening. To expand this into a family game, have everyone pick a TV character and add his/her version of that character’s words.

This is a simple yet effective activity. Mute the commercials while your family watches a TV show together and ask each child and adult what he/she thinks will happen next. There are no right or wrong answers! This gives everyone a chance to engage in creative interplay and then to test his/her “hypothesis” when the show resumes. Children may learn just how predictable and mundane a lot of programs are and soon improve on the scripts by adding their own creative ideas.

Start a discussion about what would happen if screen violence were actually occurring in real life, what might the consequences to the perpetrator and the victim of the violence be. Compare what’s on the screen to the consequences of what happens when someone hurts another person in the real world.

Parents Matter the Most

With all the research and information that is being provided to parents, it is stressful, confusing, and hard to figure out what the most effective ways are to parent children in today’s crazy busy media/technology-generated world.

The best advice is to listen to your parental intuition. You are the experts on your children and you know what values you want to instill in them.

Trust your intuition rather what the media says you should do and choose to parent in a way that best supports your child’s growth to become a fully developed, self-actualized, productive citizen of the world.

<additional articles about Kids and Technology