Being a Role Model – The Promise and the Peril

The apple doesn’t fall far from the tree.
He’s just like his father.
Like father, like son
A chip off the old block
She is definitely her mother’s daughter.

Common sense, simple observation, and psychological research show that these down-home adages reflect a truth in human development – that children often grow up to mimic the behavior, beliefs, and attitudes of their parents.

On the flip side, children also repeat positive behaviors they see in their parents.

How Traits are Passed Along

The answer to the age-old question of why children often seem so much like their parents probably is that both nature and nurture play a role in how children develop. And, of course, both of these influences come from a child’s parents.

It is the environmental piece that parents have much more control over.

What We Know About Role Modeling

Who are Role Models?

Role models are people who influence others by serving as examples. They are often admired by the people who emulate them. Through their perceived personal qualities, behaviors, or achievements, they can inspire others to strive and develop without providing any direct instruction.

Social scientists have shown that much of learning that occurs during childhood is acquired through observation and imitation.

For most children, the most important role models are their parents and caregivers, who have a regular presence in their lives.

As a parent, it is impossible to not model. Your children will see your example – positive or negative – as a pattern for the way life is to be lived.

Depending on what you do or do not do, you can be either:

What is a Good Role Model?

According to David Streight, executive director of the Council for Spiritual and Ethical Education and a nationally certified school psychologist, we know the following about good role models for children:

Role modeling is one of the most powerful tools you have in your parenting tool belt to influence the direction of your children’s character, whatever their age. When used to best advantage, you can pass on the values you want your children to adopt so that they become the adults you would like them to be.

How to be an Effective Role Model for your Children

Being a positive role model actually requires effort, fore-thought, and self-control for most parents. Because your children are watching you all the time, your actions, beliefs, and attitudes become integrated into your children’s way of being; therefore, it is very important that you be very intentional about what behaviors you model for your children.

Being aware of this huge responsibility can encourage you to better yourself: for example, if you do not want your child to smoke, then one of the most effective ways you can communicate that is to quit smoking yourself or not start in the first place.

Unfortunately for parents, the saying “Do as I say, not as I do” simply does not work. Children can sniff out hypocrisy like a blood hound, and they gain the most from parents who demonstrate consistency between their actions and their values by “walking the talk.”

If you don’t want your children to lie to get out of going to school by feigning illness, then you best not lie about taking a “sick” day from work.

If you don’t want your children to spend excessive time on technology devices, you have to limit your use of the same devices.

Kids respect adults who live by the rules they preach. Hypocrisy disillusions children and sends them looking for alternative role models to follow.

Review your Own Behavior and Attitudes

Model through your own actions. For example, consider how you:

Model through your Words

Your children are not only watching you carefully for clues about how to be; they are also listening to you. The way you speak, what you speak about, and the opinions you express will influence their values.

Consider how you speak to them, your spouse, your friends and neighbors, the check-out person at the grocery store.

Focus on Positives You Can Model for your Children

Ask yourself what kind of people you want your children to become, and then consider what you can do to model the behaviors and attitudes that would reflect that kind of person. This is another way of saying that it is helpful for you to examine your own values.

For example, do you want your children to: 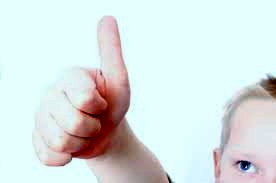 If you wish for these traits in your children, then do these things yourself!

Build Strong Relationships with your Children

You will be a larger influence in your children’s lives if you have a warm and nurturing relationship with them, and your children are more likely to emulate you if they feel close to you and supported by you.

Build a connection with them based on trust so they know they can count on you when they need you, and so that they learn to be trustworthy in return.

Be Forgiving of Mistakes

Nobody is perfect – neither you nor your children. That means that mistakes will be made. What is most important when mistakes are made is the way you handle the situation.

When you or your children or someone else makes an error:

If you make a mistake

If you make a mistake by doing something that you later regret, you can use that as an opportunity to show your children how to handle errors in judgment by:

These steps are all part of a healthy process of reacting when you mess up. This is the same process you can use if you respond to your children in a way that you later regret.

If your children make a mistake 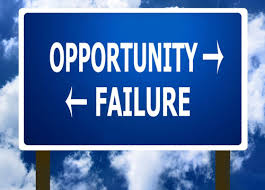 And what do you do when your children make a mistake? You can:

Modeling through your Actions

Your children will see you living these lessons if you are kind to yourself when you make a mistake and if you are accepting of them when they do.

Additionally, if you address problems and conflicts in your own life (such as trying to lose weight or dealing with a difficult neighbor) and share the process with your children in an age-appropriate way, you can encourage your children to address their concerns similarly.

You are modeling for your children an approach to life that includes on-going growth, learning, improvement, and development. What a great life lesson for your kids to learn.

It takes so much pressure off them (they don’t have to be perfect) because you have modeled for them how to treat themselves and others when the inevitable mess-ups happen. What a hopeful and optimistic attitude to pass on to your kids! 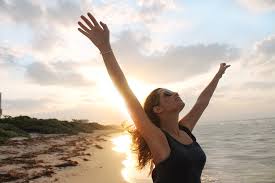 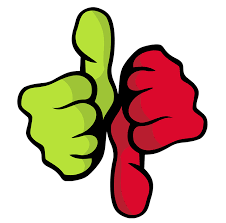 Although this can instill fear/concern in parents about who else is influencing their children, it is actually recommended that you encourage your children to find other people who can serve as healthy role models.

Examples of people who can add depth and breadth to your children’s development and life experiences are:

These people often play a key role in supporting, mentoring, and encouraging your children in positive ways.

You can help your children choose positive role models by talking with them about who:

When the concept of other role models comes up, parents often think about negative role models, such as celebrities or sports figures who behave in reprehensible ways and yet have our children’s attention and admiration.

Children may assume that the behaviors of negative role models are typical, safe, and acceptable.

The good news is that with a strong relationship with your children, you can impart values that will counter the negative influences from the media or peers. You can intervene by emphasizing that role models who exhibit inappropriate behavior are not acceptable.

Talk to your children about role models who have made mistakes

If you are concerned that your children are being negatively influenced by their choice of role model, you can encourage them to become involved in activities that reflect your values, such as community service, religious programs, athletics, afterschool programs, clubs, etc.

You can also remind your children that they do not have to do everything that the role model does. They can copy what they like and disregard the behavior that is not appropriate.

Your children’s peers and friends are also important influences in their lives.

Although there is a lot of concern about the negative influence of the “peer group” and peer pressure, especially during adolescence, there is a lot of important developmental growth that takes place through your children’s connection to their friends.

The benefits of the peer group

The peer group can be a positive influence on your children by:

As a parent, you influence your children’s basic values, and issues related to their future, such as educational choices. The stronger and healthier your relationship with your children, the greater the influence you will have.

Your children’s friends are more likely to influence everyday behavior, such as the music they listen to, the clothes they wear, and to some extent the risk-taking behavior they engage in.

Your being a good role model and engaging in conversations such as those listed above can counter the effects of negative peer pressure and enable you to influence your children’s choices of which people outside the family they use as models.

The Promise of Being a Good Role Model

The question is not whether your children will emulate you; they will. The question is which behaviors they will imitate. Through role modeling, you have the ability to influence your children’s development in positive ways and make it more likely that they become people you will admire when they mature.

What kids see and believe, they become.

Deciding what behaviors, attitudes, and beliefs you want to model gives you the opportunity to consider your own values – what traits and behaviors do you want your children to exhibit?

With the responsibility of behaving in ways you want your children to emulate comes the possibility of self-improvement, growth, and increased insight.

As you consciously influence your children’s growth and development, you have the potential to positively impact your family legacy for generations to come. Each day, little by little, you can build a legacy of emotional health and resiliency for your children to inherit.

Remember – what goes around, comes around, from one generation to the next.

For more information about parenting, check out the following books. Purchasing books from our website through Amazon.com supports the work we do to help parents do the best job they can to raise their children.  A few of our favorites: