Is Your Child “Alienated”?

Is your Child Rejecting One Parent?

In divorce or separation, 10% – 15% of children express strong resistance to spending time with one of their parents – and this may be increasing in our society. It may be the father or mother. It may be the parent the child “visits,” or the parent where the child lives. 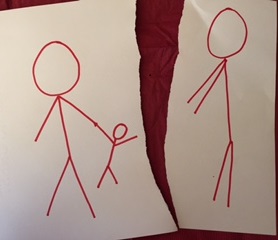 The idea that one parent can alienate a child against the other has been a big controversy in family courts over the past 20 years, with the conclusion that there are many possible causes for this resistance.

Most courts take reports of alienation very seriously and want to know if this is the result of abuse or alienating behavior.

Resistance to spending time with a parent is always a serious problem. This needs to be investigated, fully understood, and treated with counseling in many cases. Otherwise, the child’s future relationships may be much more difficult.

Is this the Result of Abuse?

The first concern of the courts is protecting the children.

Is this the Result of “Parental Alienation Syndrome?”

It is important to know that the courts across the country have not adopted the idea that there is such a syndrome. For it to be considered in court, there must be general acceptance of such a syndrome by the mental health professional community. However, there is no general agreement in this community about whether the rejection of a parent always occurs together with specific behaviors of one parent or of the other.

The courts generally recognize that some children are alienated, but most judges try to avoid making assumptions.

What are the Signs of an Alienated Child?

Children who are not abused, but are alienated have emotionally intense feelings but vague or minor reasons for them.

A child might say: “I won’t go to see my father!” Yet she might struggle to find a reason: “He doesn’t help me with my homework.”
Or: “He dresses sloppy.” Or: “He just makes me angry all the time.”

Another child might say: “I hate my mother!” Yet again the reasons are vague or superficial: “She’s too controlling.” “She doesn’t understand me like my dad.”

These children complain that they are afraid of the other parent, yet their behavior shows just the opposite – they feel confident in blaming or rejecting that parent without any fear or remorse. Some of them speak negatively of the “rejected” parent to others, then relax when they are with the “rejected” parent. Others run away, rather than spend time with the rejected parent.

All of these behaviors are generally different from those of truly abused children, who are often extra careful not to offend an abusive parent, are often hesitant to disclose abuse and often recant even though it’s true.

Why do Alienated Children Feel So Strongly? 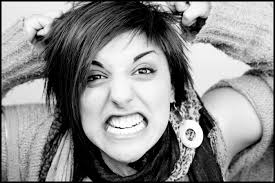 Alienated children generally show intensely negative emotions and an absence of ambivalence. New research on the brain suggests that this may be the result of the unconscious and nonverbal transfer of negative emotions from parent to child.

The parent’s intense angry outbursts (even if they are rare), intense sadness, and intensely negative statements about the other parent may be absorbed unconsciously by the child’s brain, without the child even realizing it.

The child then develops intensely negative emotions toward the other parent (or anyone the upset parent dislikes), but doesn’t consciously know why.

This may explain the vague or minor reasons given by alienated children for intensely rejecting a good parent. This spilling over of negative emotions from upset parent to child may have begun years before the divorce, so that the child is very tuned in to the upset parent, and automatically and instantly absorbs their emotions and point of view.

Does Custody Make a Difference?

If one parent has almost all of the parenting time, then the child will not have his or her own experiences with the other parent to know that he or she is not bad.

Most states expect children to have substantial time with both parents – except in cases of abuse. Ironically, the amount of time is generally not the biggest factor.

The biggest factor is if one parent is constantly spilling over intensely negative emotions to the child about the other parent, while the other parent is following court orders and not addressing these issues at all.

For this reason, children can become alienated against either a non-custodial parent or a custodial parent. This can be either the father or the mother. It’s like a bad political campaign, with one side campaigning hard and the other side not campaigning at all.

How You Can Prevent Alienation

You might be alienating your child against the other parent or against yourself, without even being conscious of it – especially during a divorce. Here are seven suggestions:

Regularly point out positive qualities of the other parent to your child.

“I just spoke negatively about your father [or mother]. I don’t really mean to be so negative. He has many positive qualities and I really value your relationship with him. I’m just upset and my feelings are my responsibility, not his and not yours.”

Healthy children say all kinds of things, positive and negative, about their parents – even about abusive parents. If there is abuse, have it investigated by professionals. If not, be careful that you are not paying undue attention to their negative comments and ignoring their positive comments.

If your child complains about the other parent’s behavior, unless it is abusive, suggest strategies for coping:

“Honey, tell your father something nice before you ask for something difficult.”

“Show your mother the project you did again, she might have been busy the first time.”

“If he/she is upset, maybe you can just go to your room and try not to listen and draw a picture instead.”

Children naturally become more independent and self-aware as they grow up. Be careful not to be excessively intimate with your child for the child’s age, as this may create an unhealthy dependency on you.

When you emphasize a skill or characteristic that you have, don’t place it in comparison to weaknesses of the other parent. You each have different skills and qualities that are important to your child.

By comparing yourself positively and the other parent negatively (even if this feels innocent), you can inadvertently influence your child.

Remember that your child is a combination of both of you, and thinking negatively of one parent means the child may think negatively about half of himself or herself.

It is impossible to go through a divorce without getting upset some of the time. Protect your child from as much as possible by sharing your upset feelings with adult friends and family, away from your child. Get counseling to cope with the stress you are under.

Will the Courts Address this Issue?

Routinely, in a divorce or separation, the court will order that neither parent shall make disparaging remarks about the other parent within hearing of the child.

Some courts may ask you for 3 positive comments about the other parent or 3 steps you are taking to protect the child from absorbing your negative emotions toward the other parent. Think about this seriously, so that you are prepared to answer this question if it is raised.

Most of all, practice the suggestions described above.

By Bill Eddy, LCSW, Esq.
President of the High Conflict Institute and the author of “It’s All Your Fault!”

For more information about parenting through divorce, check out the following books. Purchasing books from our website through Amazon.com supports the work we do to help parents do the best job they can to raise their children.  A few of our favorites: